Gradle the Build System for Android

Gradle is the build system that takes the best features from other build systems (Ant & Maven) and combines them into one. It is a plugin based system. 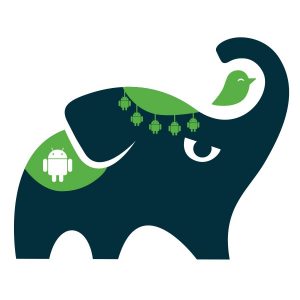 It builds APK by using all the source files, then applies the appropriate tool (java class into dex file), and group them into a single unit.

A Gradle project describes its build in a file called build.gradle located in the root folder of the project. The following snippet shows the simple build file.

This block is where you configure the repositories and dependencies for Gradle itself.

This block configures the repositories Gradle uses to search or download the dependencies. Gradle pre-configures support for remote repositories such as JCenter, Maven Central, and Ivy.

This block configures the dependencies Gradle needs to use to build your project.

com.android.application : This is the plugin used for building Android applications.

com.android.library : This is the plugin used for building Android Library.

This is the entry point for the Android DSL (Domain Specific Language). Here you need to configure all the following parameters for the android build:

compileSdkVersion : It specifies the Android API level, Gradle should use to compile your app.

buildToolsVersion : It specifies the version of the SDK build tools.

targetSdkVersion : The API level used to test the app.

versionCode : The version number of your app.

versionName : The version name for your app.