How to display an alert dialog in Android? 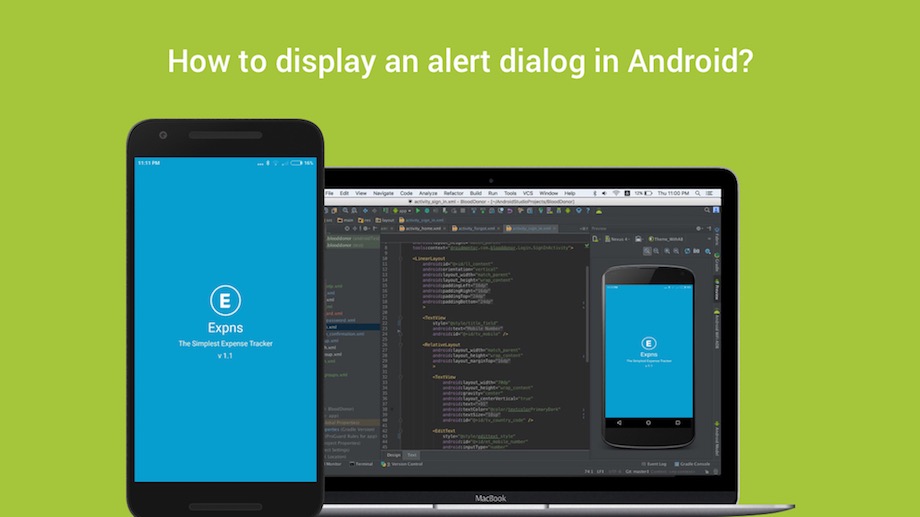 Android Alert Dialog is one of the most important and basic component in Android applications. A Dialog is a small window that prompts the user to a decision or enters additional information.

Message : This displays the message to the user. It can be a string message

Action Buttons : Represents a push-button widget. Push-buttons can be pressed, or clicked, by the user to perform an action.It classified into three types,they are listed below

Positive   : The user wants to accept the action.It is normally displayed as OK/YES.

Negative : The user wants to cancel the action.It is normally displayed as CANCEL/NO.

Neutral   : The user wants to postpone the decision.It is normally displayed as LATER

For displaying an alert dialog, first, you need to create an object of ” AlertDialogBuilder”. Only using this object, you can set the characteristics for the dialog like the theme, title, message as well as the action buttons caption and it’s callback actions.

To create an object of ” AlertDialogBuilder “ pass the current activity as the argument for the constructor (must pass the activity using this ( ClassName.this) in Activity / getActivity() in fragment) . To set theme for the alert dialog use the following syntax:

To set the title, message, icon and cancelable type for the alert dialog,

For creating an alert dialog with action buttons use the following snippet,

Don’t forget to call ” show “, because the show is the function used to display the alert dialog.