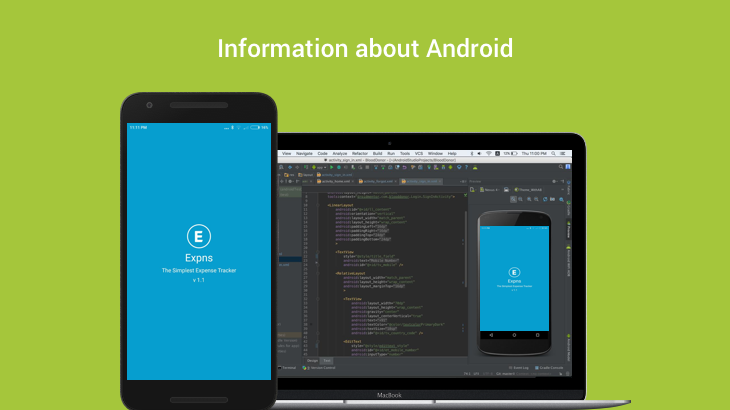 One of the most widely used mobile OS these days is ANDROID. It is a mobile operating system (OS) developed by Google, based on the Linux kernel and designed primarily for the touchscreen mobile devices such as smartphones and tablets.

Why is Android named ” Android” ?

The meaning of the term Android is ” a robot with human appearance “. The genius brain behind the whimsical Android Inc. is Andy Rubin.

The naming of Android goes back to Andy Rubin’s working days in Apple from 1989-1992. He most of the times worked inventing mechanical or say on robotic tools.

For his immense love for robots, Andy Rubin was called many times as ‘Android’ by his friends, which is another name for Robot. Android, Inc. was founded in Palo Alto, California in October 2003 by Andy Rubin, Rich Miner, and Chris White

Why  android version names are related to food items ?

Google thinks that ( which is true ), the android operating system sweetens the lives of people by using Android devices that’s why they name it with the sweet dish.

The below list contains the android versions which are named after the sweet dishes in Alphabetical order. 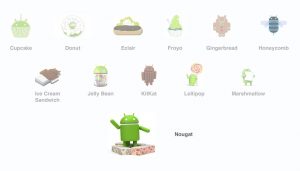 Where did Android’s little green robot mascot come from ?

Irina Blok is a designer who created this logo. Blok and her design team at Google were told to create a logo for Android, something, that would instantly reverberate with customers, easily recognisable.Also, Blok was informed that the logo had to include a robot.

After studying all sorts of sci-fi toys, she drew inspiration from a surprising source – a restroom. After all, everyone has seen the sign in a restroom and the male/female figures are instantly recognisable. So that’s where the robot comes in, in the form similar to the drawings in restrooms.