How to show AlertDialog in Android? 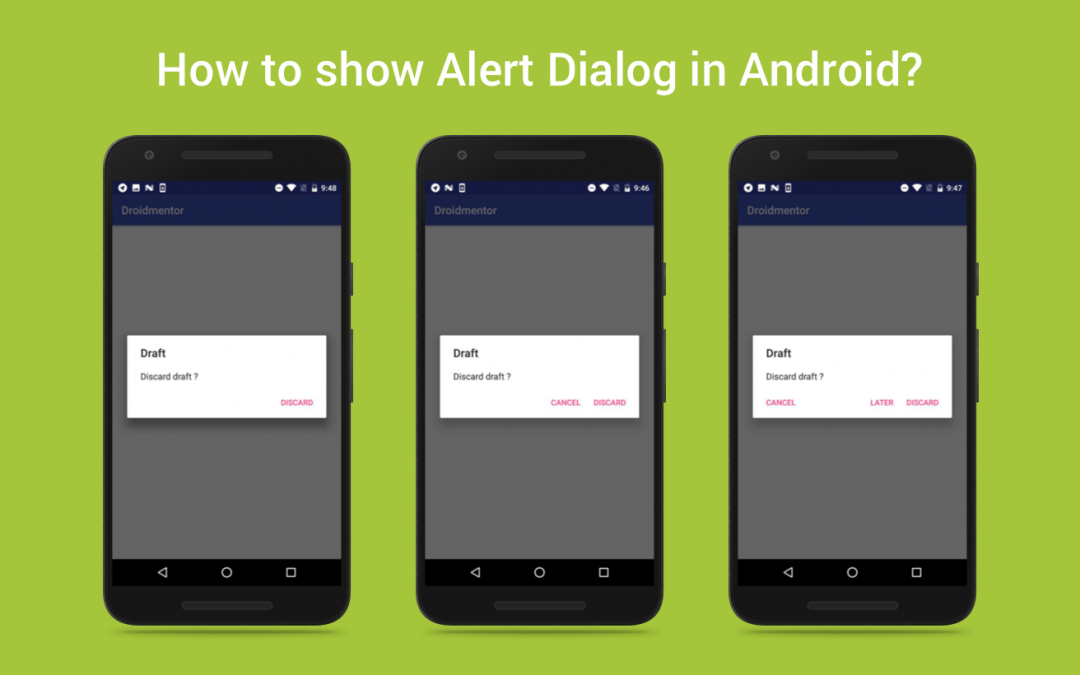 We need AlertDialog to get user feedback, confirm, alert .You can find basic details about AlertDialog in my previous post.

While playing with AlertDialog this utility class will help you more.

AlertDialogHelper which is the utility class contains the set of utility methods to show dialogs and returns their clicks using callback methods.

AlertDialogListener : This is a callback interface which returns the user selection.

In this class, showAlertDialog is the method used to show the dialog. It is an overloaded method. Based on the input it will show the dialog with the title, message, action buttons( positive, negative, neutral).

title : The title of the alert dialog

message : Message to be displayed in the alert dialog

positive,negative,neutral : Caption of the action buttons

isCancelable : Property that the dialog can be cancelled or not

It is the callback interface which listens to the user click of the action buttons.

Before implementing this, you need to create an instance for the class ” AlertDialogHelper “.

Second, call the relevant method based on your need. The following steps help you to show the dialog.

Third, you need to include AlertDialogListener interface into your activity,and also implement the needed methods.